Home Blog Flying with Zorro – review of A350 aircraft
Blog

Flying with Zorro – review of A350 aircraft 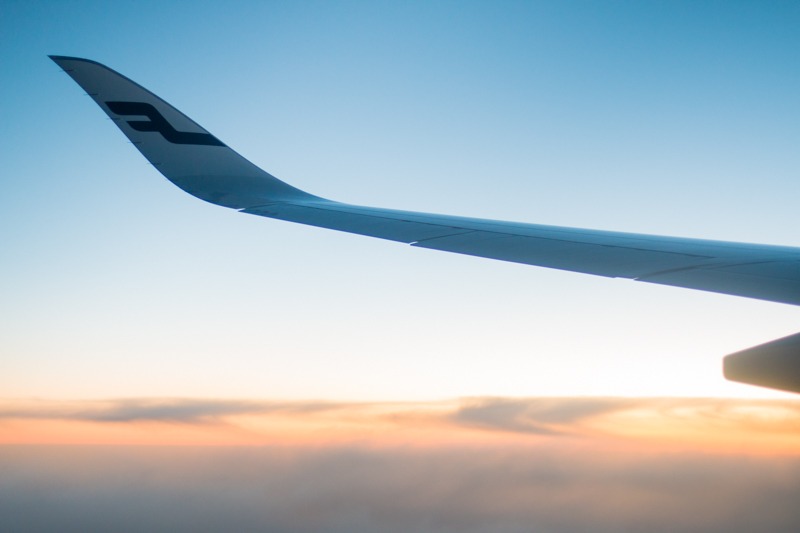 Have you already experienced the future of flying with advanced technology? That’s how Finnair promotes their new airplane, the A350 XWB. Finnair was the first airline in Europe to receive a new fleet of A350s and I got to experience it earlier this year.

A350 “Zorro” with the curvy winglets. (Photo by Airbus)

The news have been harsh on Finnair’s new fleet of A350s. There were delays in their delivery and when Finnair had only two of them, they were flying 18 hours per day. That is a huge amount of flight time for any aircraft and with the new A350s suffering from all sorts of technical problems, it resulted in massive delays and flight cancellations. But as the technical hiccups of a new plane have become more familiar for the maintenance crew, the A350s have been operating on schedule.

I flew for the first time on the new A350 in March to Bangkok. Once I entered the plane my first thought was that it looked amazing. But sadly that was just the business class though the economy class looked almost as fancy even without the beds. The flight was delayed for about half an hour but it wasn’t a big deal. The experience with the new aircraft became even more grand as the plane was half empty maybe because it was already end of the high season in Thailand. Almost all the people on the back of the plane had their own three-seat rows for themselves.

Business class in A350

In the A350 I was happy about the leg room. When you lean your seat back also the part you’re sitting on moves. This makes sitting bearable for the person behind you as the backrest doesn’t tilt too heavily. In the A350 you can plug your own headphones (no more dual-plug adapters) to the entertainment system which is good if the headphones provided by the airline don’t suit into your ears. In my opinion the in-ear headphones the airline provided were better than in other planes because instead of just being outside of the ear they also reach a bit deeper into the ear canal. That makes the sound better and your ears won’t hurt even after watching three movies. That said, you still won’t be able to enjoy bass-heavy music with the complimentary headphones.

Economy class in A350

The entertainment system itself was a bit of a let down. The movie selection was quite wide and had a large variety of films but there were only playlists of music instead of albums and you weren’t able to skip the songs. The entertainment system didn’t contain any games which was a bit of a let down. There was modern touchscreen which means no remote controls which means no more games! (Hopefully they will figure that one out and we will soon have in-flight Angry Birds matches.)  The screen was embedded into the headrest so if the person in front of you leans back the screen will still be within bearable distance from your face which makes watching movies comfortable.

Check that faucet out!

There was a mirror in the overhead compartment which makes it easier for 160 cm tall me to try and grab my things from the shelves. Lavatories are also comfortable. The design is mostly wood and you have the space to really take few steps inside the lavatory.

If I compare A350 to Norwegian’s Dreamliner I would say that the Dreamliner had a wider variety of entertainment including games and music albums. The screen size was quite the same in both aircrafts. A350 had definitely more legroom than Dreamliner.

Compared to Dreamliner the windows were evenly big but I have to give credit for Dreamliner for the controllable tinting windows instead of the closable flaps. In Dreamliner you were able to turn the window a bit darker if you liked or entirely closed. A350 is equipped with the normal blinds. I preferred the tinting windows because when the morning sun was shining I was able to darken the window a bit so that the sun didn’t bother me but I didn’t have to close the blind over the whole window.

Have a good flight!

Are you already part of the billion euro wellness industry?

8 essential tips on how to pack your bags right for a flight!

May Day – the craziest celebration in Finland!

Blackouts and trouble at sea: My travel fails...

What to expect at MATKA Nordic Travel Fair...

How to spend Christmas in Finland

Midsummer Celebration in Finland – Festival of The...