Home Blog The negative side effects of tourism: My short list to keep in mind when traveling
Blog

The negative side effects of tourism: My short list to keep in mind when traveling 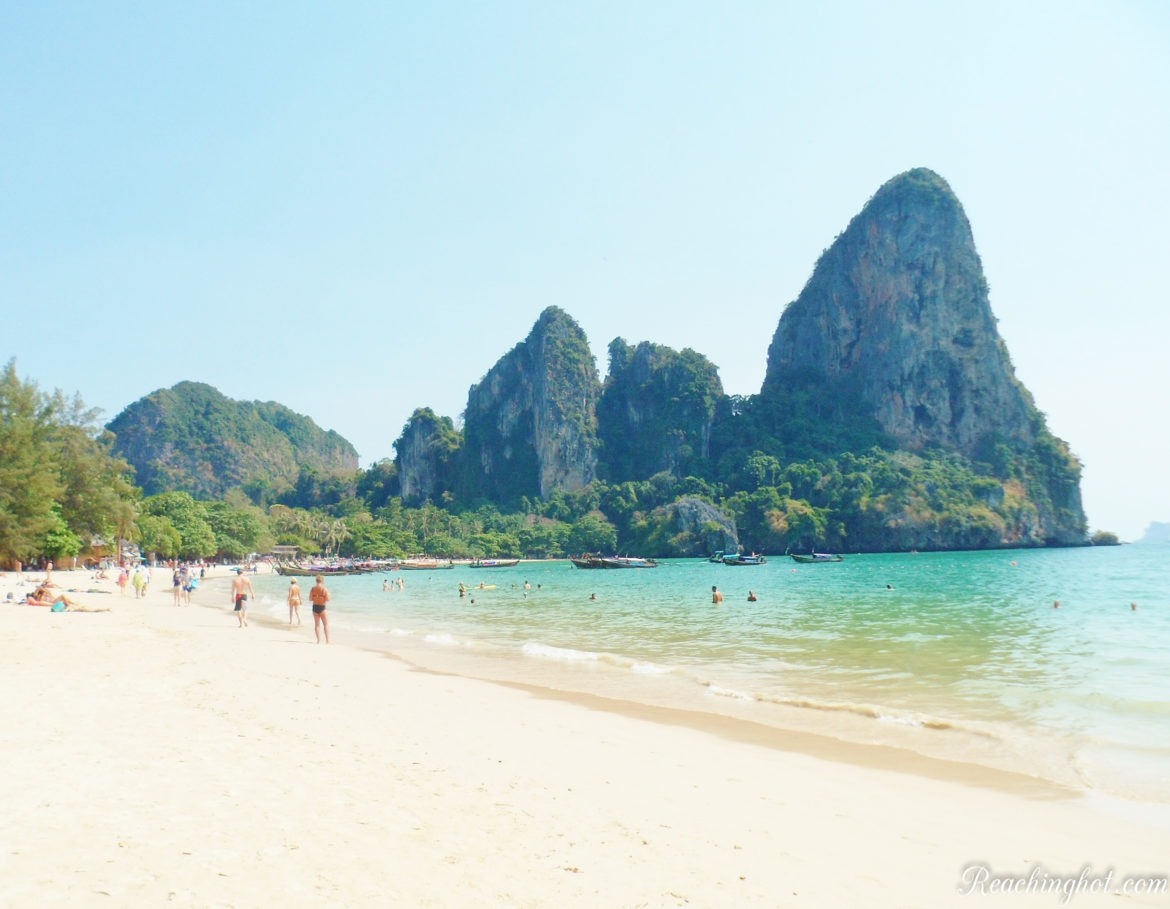 Tourism is usually seen in a positive light: fancy destinations and money spending tourists that bring wealth to the country. But tourism also brings people who try to profit from the tourists in a questionable way.

During my travels I’ve come across 6 major problems that come along tourism. These are surely not the only ones but these are the ones I want to bring up. They are also the ones that make me see red when I travel.

Watch out for scams!

A scam is one form of fooling tourists. The scams I have faced happened both in Thailand. In Bangkok, around the famous Grand Palace, taxi drivers will tell you it is Buddha day and the temple is closed. But luckily the driver knows another temple that is open for visitors and is more than happy to take you there. The taxi journey ends into a jewellery shop where the items sold are fake. All the people that the tourists meet on this journey to the temple are part of the scam. I encountered this scam when I was visiting Bangkok. I heard when a taxi driver told tourists that it’s a Buddha day and the temple isn’t open and the tourists hopped on to that taxi. So don’t believe everything the local people tell you and learn in advance about the culture and the coming festivals. If you want to see this type of scam in action, I highly suggest watching a tv show called Scam City. 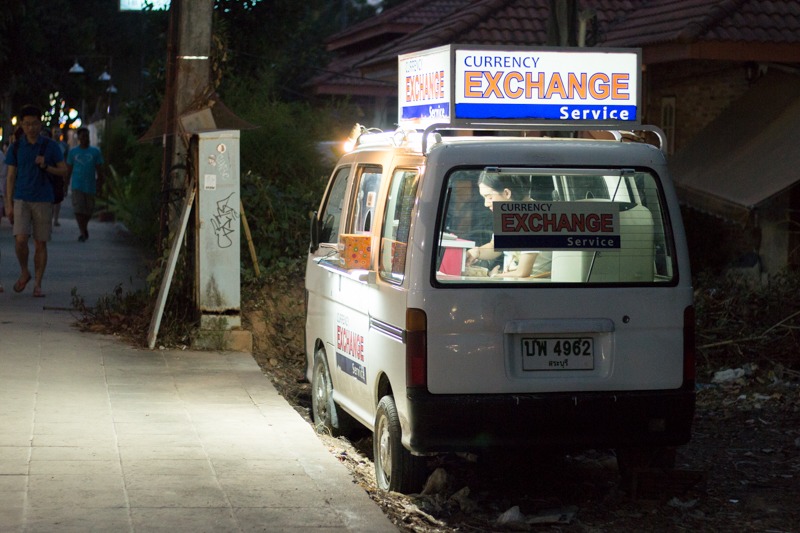 Would you change your money here? 😀

Another big problem in Thailand is taxi pricing. Taxis are owned by only a handful of people who are able to set fixed prices for the taxis. This problem is extremely bad in Phuket. Locals call the taxi service a taxi mafia. It’s not only the prices of the taxis that have been set high but the taxi drivers don’t get a chance for their own business. They have to obey the “mafia”.

I cannot suggest taking taxi to anywhere there since the prices are set so high. Yet I understand that you need to be able to move around by some means and then taxi/tuktuk (same mafia running both) can be the only way to get from one place to another. I know, there’s nothing you can do as a traveler in this kind of situation but it annoys me so much that I wanted to bring it up.

Counterfeit products come with a risk

Tourism also brings fake products to the market. It’s not the worst phenomenon that tourism has brought and many travelers enjoy buying fake Guess and other brands from a market stall. What doesn’t always cross our minds is that fake products are often illegal to take through customs in your home country even so be careful with these products. Also avoid buying any particles from an animal since they might come from endangered species.

Fake products are often illegal to take through customs.

When talking about animals please make sensible decisions about animal shows and different animal ridings. I know in Thailand for instance there are sustainable places to go elephant trekking/bathing where they treat animals well but then there are some questionable places.

Give your money to local businesses!

This has happened for example in Phuket. When the Russians found Phuket a few years back as their travel destination the prices rose yearly. Local people were suffering to make the ends meet with their paycheck. The best way to help is by choosing the local hotels, restaurants and other service providers instead of international chains. 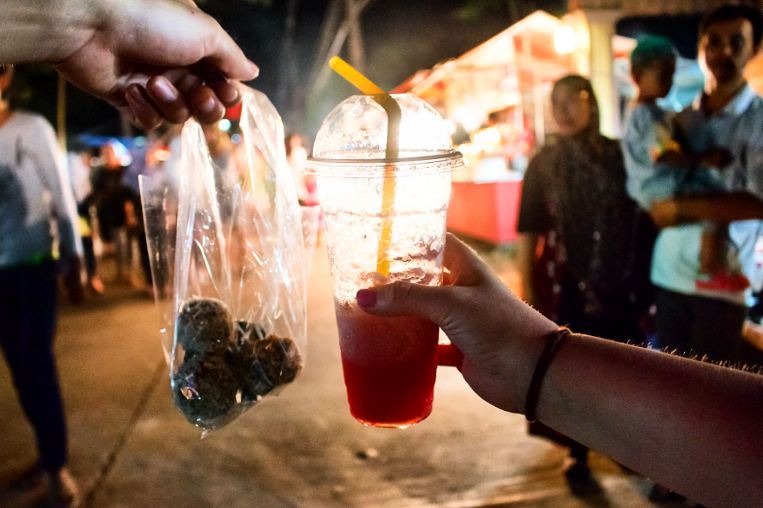 Avoid cheeseburgers and buy some delicacies from the local market! 😉

One downside of tourism is drugs. When there are tourists and money there are also drugs. The eye-opening experience for me was in Lisbon where in the bright daylight near one famous monument men came to sell drugs to me and my friend. I was surprised how visible and open it was. So my suggestion is to stay away from drugs when travelling abroad (and in general, of course). It might seem obvious but I’m serious about this. The sentence might be much longer than in your home country.

These were examples of the negative issues caused by tourism that have a direct impact on travelers. I know I’m leaving out other negative side effects like child labour and sex tourism but I wanted to give you a short list where you can make a difference with a small effort.

Just remember to keep your own eyes open and read about the local culture and festivals beforehand.

Be careful – even paradise has its dangers!

Also take a look at my article on how media affects our traveling behaviour!

Travel passion into profession: How I became a travel blogger and a part of the industry of dreams

Good list Hannah, it’s definitely good to always be aware, when travelling, that you’re a foreigner and you are exposed of unknown.
I would also add that we as tourists, should be also aware of environmental issues and try to reduce the negative impact on our planet at a minimum even when travelling, even if it’s harder.
I often saw people (even friends I was travelling with) that were always leaving all the lights on in their accommodation room, or just once using a towel and throwing it on the floor.

Thank you! I’m glad you agree with me about these issues. You are soo right! That is also a big problem in traveling! I could write a whole new article about that – maybe I will! I think it’s really important to think about environmental issues when traveling and sustainability. Thank you for bringing that up, that’s really important!